This fall, for the first time in company history, Knight Eady will host a total of four NCAA Men’s Basketball games. Spanning across eight days and two cities, the thread tips off on December 14th with the Mike Slive Invitational, followed by the Chick-fil-A Birmingham Classic on December 18th, and wraps up with the annual Rocket City Classic doubleheader on December 21st.

Below is a summary of each Knight Eady basketball event coming to Alabama this December. If you’d like to learn more about each event, click on the links in their descriptions! 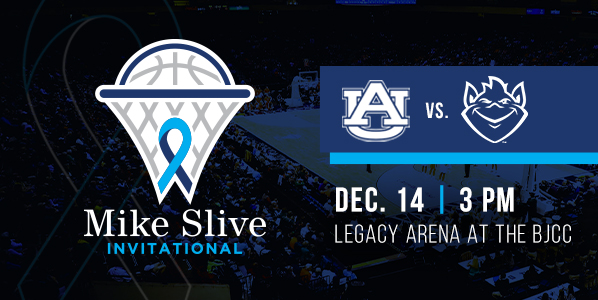 The Mike Slive Invitational returns after its 2018 premiere at the BJCC when Auburn defeated UAB basketball in an overtime thriller. Close to 16,000 fans packed out the stadium, the largest crowd to watch a college basketball game in Alabama since 1992. A portion of the proceeds was donated to the Mike Slive Foundation.

Samford University and The University of Alabama men’s basketball team will play in the inaugural Chick-fil-A Birmingham Classic. The game will be played on December 18th in the Legacy Arena at the BJCC. Tickets will go on sale on November 1 and will be available through Ticketmaster and at the BJCC box office.

While the main event will host Samford and Alabama, it will also feature the Chick-fil-A Birmingham High School Showcase, presented by Metro by T-Mobile on December 17th that will include Oak Mountain, Huffman, Pinson Valley and Wenonah. 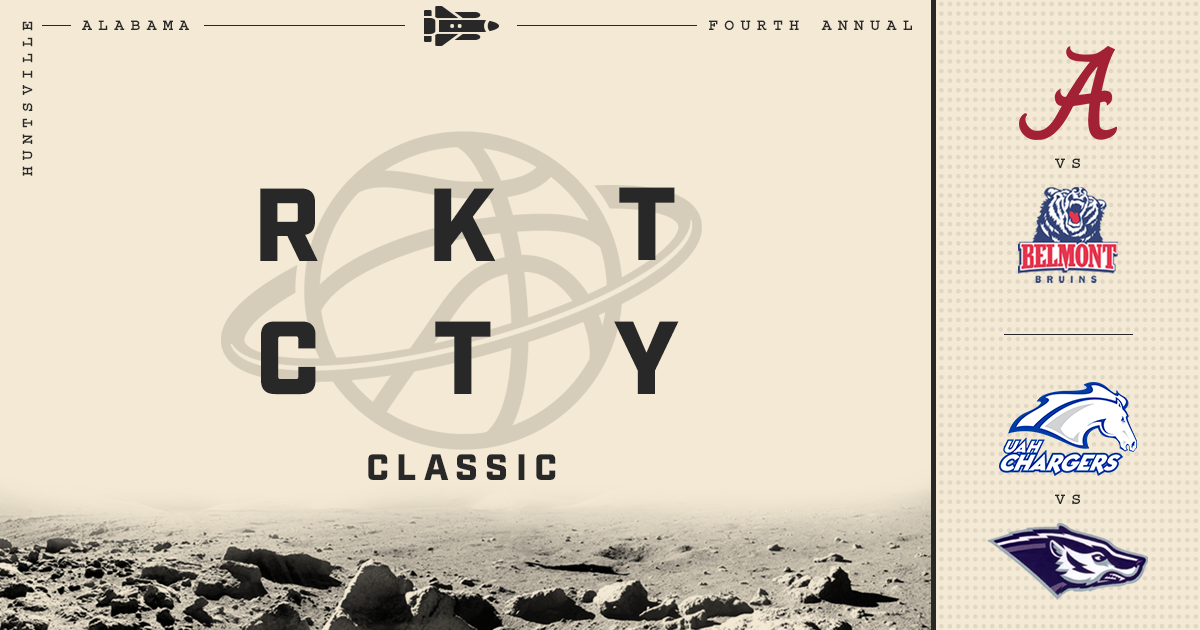 The University of Alabama men’s basketball team will play in their fourth appearance of the Rocket City Classic. This year’s event will feature a double-header as the University of Alabama in Huntsville will play Spring Hill College and Alabama will face Belmont. The neutral-site games will be played December 21st in the Propst Arena at the Von Braun Center. Tickets are now available through Ticketmaster and at the Von Braun Center box office.

As we prepare to host four basketball events this fall, we’re reminded that there’s nothing quite like creating impactful experiences. For our team at Knight Eady, our events provide us the opportunity not only to create sports fans, but build brand fans. It’s knowing any one of these four events could be a child’s first game with their dad, contain the overtime buzzer-beater discussed for years or be the event that inspires the next Olympic athlete that stirs up excitement for our team. From marketing and PR, to operations and creative development, each department contributes a unique aspect that is integral to any major sporting event. Our team is passionate about creating successful and impactful events for everyone from the fans, teams and coaches to the staff that helps bring it to life. Whether you’re a team fan, a basketball fan or a Knight Eady fan, these events are the ones you don’t want to miss.